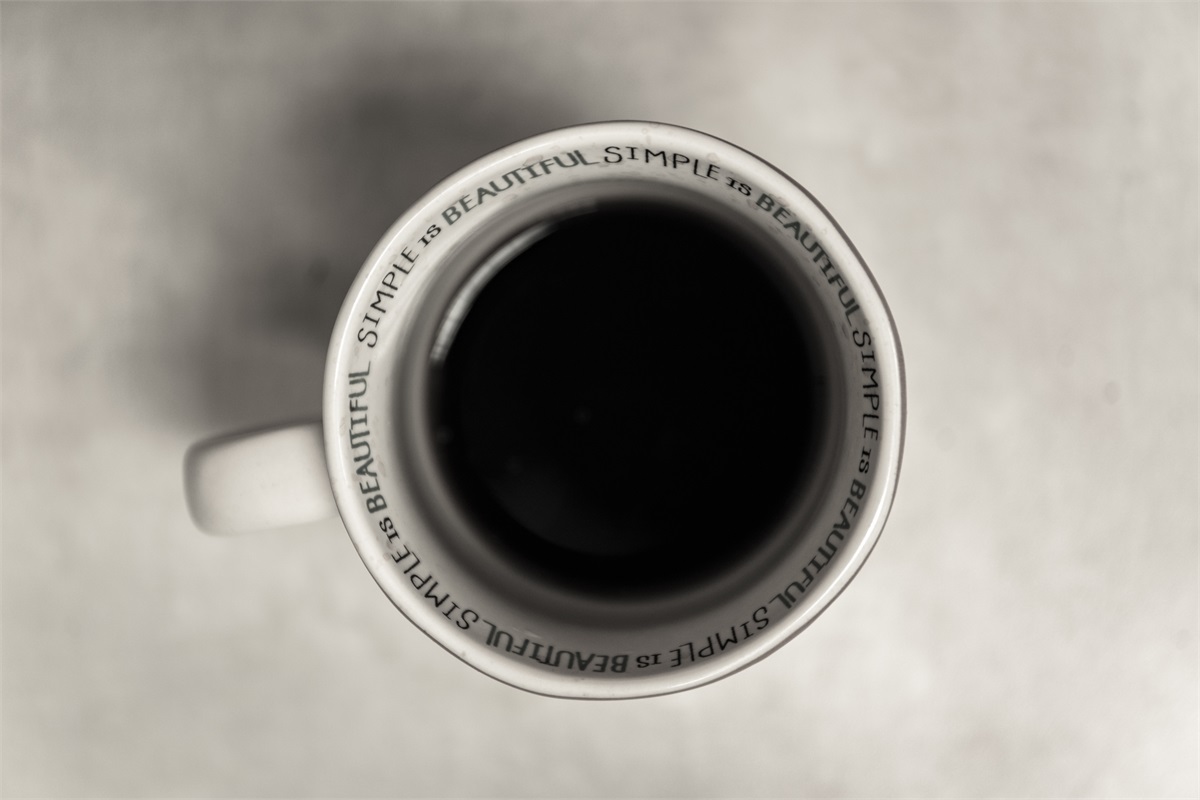 Jim started reading Ray Dalio's book, Life & Work Principles sometime last year. He put it aside and I found it when we were moving our office last week. We're just around the corner on the same floor, but it's amazing what you find when you move even a few feet. 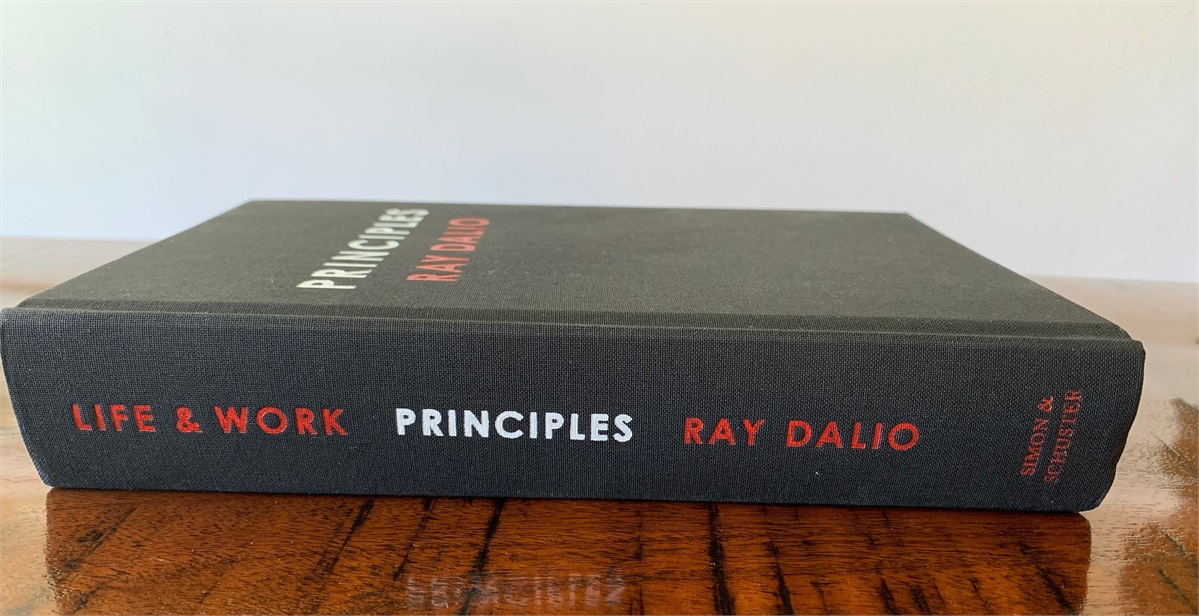 After writing last month's post and re-watching Ray Dalio's economics video, I snagged the book. I find the guy intriguing and non-fiction books have been calling to me for the last 15 years. I tend to start 3–5 books and switch back and forth between them all—yes, at the same time. Very often, in the same week.

Thinking, Fast and Slow by Daniel Kahneman: A behemoth of a book and a fascinating read by Winner of the Nobel Prize in Economics. It's so deep that I can't read it at night as it requires too much brain power. It's like reading Dickens, but with psychology and economics research mixed in. Jim bought this one and I stole it from him before he could start it. My observation (so far) is that the Netflix show my kids and I like to watch together, Brain Games, pulls its material from this book and this legend's research. Current page: 76 of 418.

The Square and the Triangle: The Power of Integrating Relationships and Results in Workplace Culture by Mark Stevens: A book about leadership and written by a Twin Falls local Human Resources expert and consultant. I'm loving the simplicity of it. Current page: 24 of 143.

Youtility: Why Smart Marketing Is About Help Not Hype by Jay Baer: This is my current marketing prerequisite. I bought it 5 years ago when I was doing marketing for a crowdfunding company. I picked it up again a month ago. Current page: 60 of 185.

The Behavior Gap: Simple Ways to Stop Doing Dumb Things with Money by Carl Richards: I have been reading his articles and listening to his podcasts for the last 2 months. Coincidentally, Jim's friend and fellow CFP® bought this for him a week ago. I stole it. There's a theme here. I steal what is Jim's. But I give it back to him eventually. Current page: 1 of 173.

Having just finished the condensed autobiography portion of Dalio's book, I already have some conflicting notions about investing running around in my mind. I'm new to the industry, so my observations carry very little weight. But, I love new thoughts and reflecting on new areas of growing interest and expertise. What I've noticed about his book so far, from my marketing-centric perspective: I love the simplicity of the design. Silly, but that's what stood out first. Black, white, red. My grandmother always thought black, white, and red looked "so sharp." I think she was onto something. 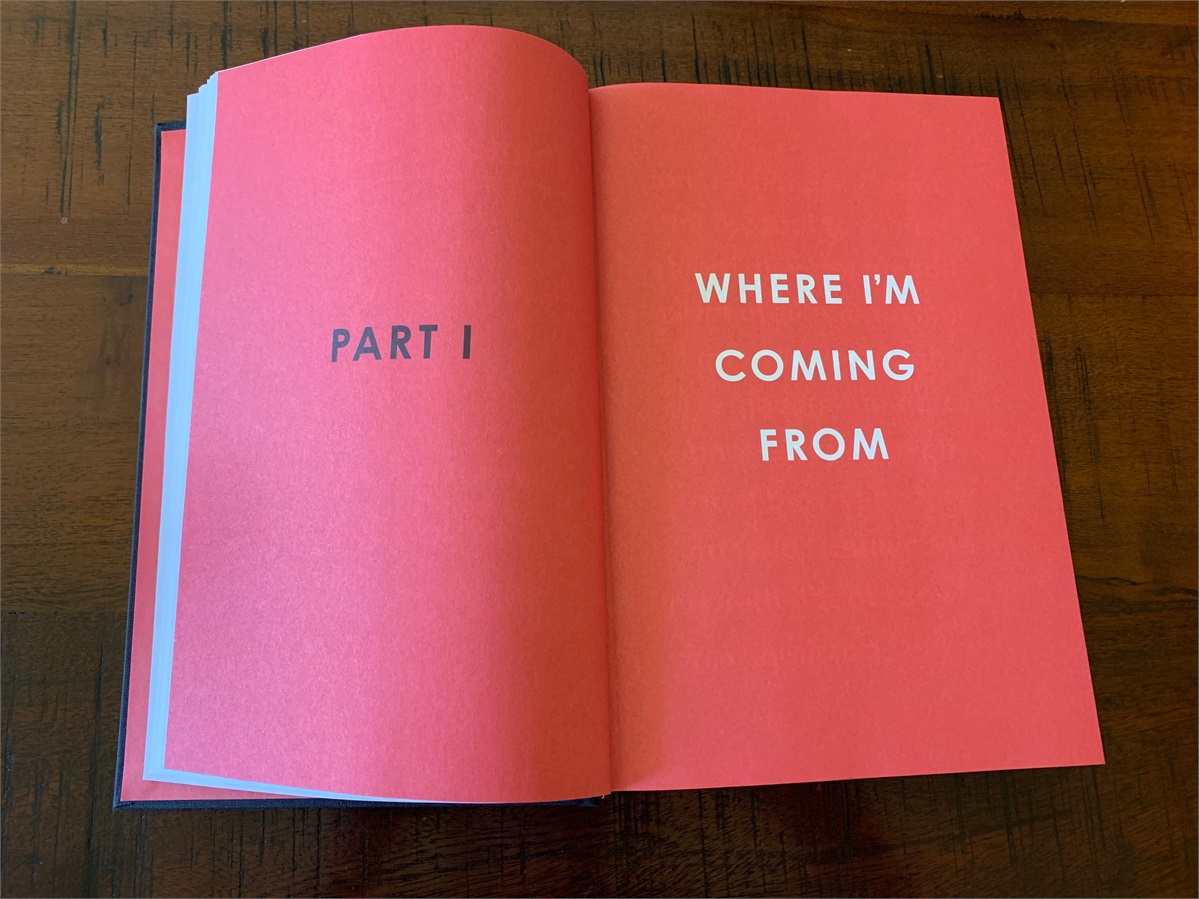 What impresses me more about this book is that I haven't found a typo or grammatical error yet. It makes my OCD-detail-orientation personality jump for joy. It is hard to produce an error-free book. And so far, he has done it.

Dalio is obviously an entrepreneurial genius and extremely driven. Just read his short "About the Author" at the end of his book.

What strikes me, on one hand, is that Dalio's approach is intensely complicated. It took him 30 years plus computer coding engineers to perfect his strategies.

On the other hand is Carl Richards's perspective. He boils down his approach to real financial advice for real humans. I can relate to this. His ideas are very simple. And as he says, "though they are simple, they are not easy to implement." They are not easy because we are dealing with human emotions about money. Emotions do not make a great foundation for financial decisions. I think we all know this but it doesn't stop us from allowing emotion to dictate financial decisions. Carl creates these sketches, and has written "The Sketch Guy" finance column in the New York Times since 2010. This one makes me laugh: 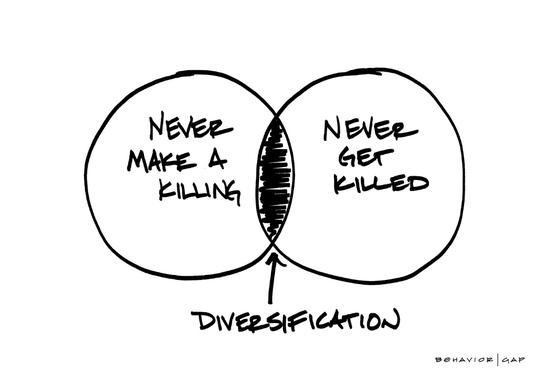 Dalio has obviously made a killing but he's also gotten killed. Early on in his career he made a bad investment and almost lost his whole business. Of note is his clientele. They are institutional investors. Those with assets totaling at least $50 million. And the minimum to invest with his company? $50 million. So these investors have assets in excess of $50 million.

Where does that leave us common folk? Well, I'm exploring this concept and am finding it fascinating. And simple. It deals with emotions and is summed up pretty well with this sketch below. 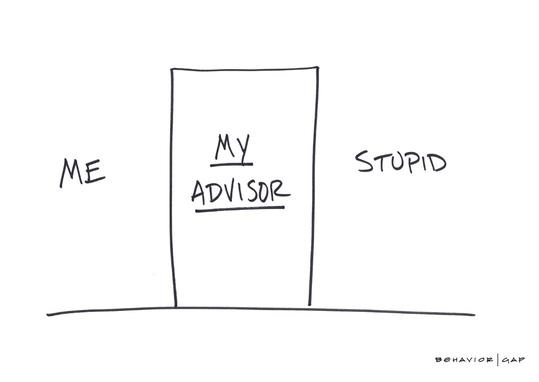 This one makes me laugh, too. Not because I think any of our clients are stupid. But because I see how emotions play a role in my own life and my own decision-making. You can switch up "my advisor" in the middle with just about anything or anyone who helps you make good decisions. They come between you and a stupid decision. It's human to be emotional. It's human to fail. It's human to want to give up. Especially after you fail.

As we delve into some of Carl Richards's concepts more, we'll share those with you all. Very soon, you'll see some of the sketches up on the walls in our office. For now, here's a link to Carl's thoughts on diversification: Diversification Is the Sane Alternative to Betting Big on One Investment. This was written in 2015, but it could have easily been written this past January, immediately following those negative 2018 4th quarter statements. As my husband, the Financial Planner here, says "My crystal ball is as good as yours."